Browse: Home   /   2016 Under the Influence: Solowey Pays Homage to His Inspirations

2016 Under the Influence: Solowey Pays Homage to His Inspirations 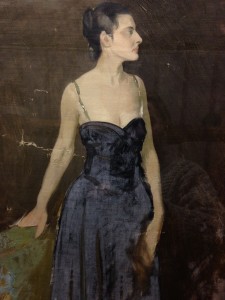 With snow on the ground, it is hard to believe that Spring will ever come. But come it will, and with it, along with April showers and May flowers, will be a new Solowey exhibition. We are pulling the pieces right now for a show that will focus on the art that inspired Ben over the years. In Homage: Ben Solowey’s Art Inspired by His Influences, we are collecting paintings, drawings, and sculpture that were directly inspired by his artistic influences including Cezanne, Manet, Rembrandt, Watteau, Malliol, Sargent, Arthur B. Carles, Matisse, and the Impressionists. It is Solowey like you have never seen him before. 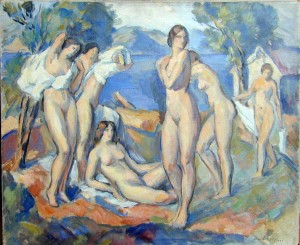 Ben studied the Masters and all forms of art throughout his entire career. His artistic DNA was a unique strand of classical and modern art, and he was keenly aware of not only art history, but the art of his time. We have been studying his “morgue,” a collection of art reproductions and articles on artists and subjects that Ben collected for study and reference, and it is remarkable how much of it deals with the contemporary art of his time. Ben was aware of the latest trends in art yet followed his own self direction. 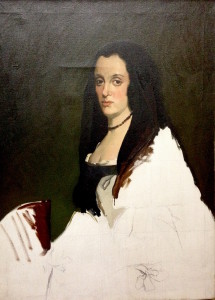 The works in this new exhibition reveal the influences on Ben’s signature style before he personalized the influences into his work. Utilizing both Ben’s original artwork and reproductions of the work he admired pulled directly from his library and/or “morgue,” we will examine who influenced Ben, and how it manifested itself in his art.

In the months leading up to the exhibition, join us as we share examples and articles on the art and artists that literally changed Ben’s life.